A mild Traumatic Brain Injury, or a concussion, is a very big deal.  It is one of the greatest drawbacks to playing football.  As more high schools, colleges and the NFL are looking for more ways to prevent these injuries, Riddell, the top provider of helmets to many universities and the NFL, has made a new helmet design.  This helmet is designed to disperse energy, reduce the risk of trauma, and is equipped with InSite Impact Response System, which can alert coaches and medical staff to when a player suffers a significant hit to the head.  This software will show the velocity of a players head movement after a hit, where the hit was and how long the impact lasted.  This is all recorded by 5 sensors placed throughout the helmet.  If the player takes a hit to the head and the sensors detects it is higher than a specified amount the sensor will issue an alert to the coach and medical staff on the sideline via a monitor.  You can even view the data sent on the computer at a later date. 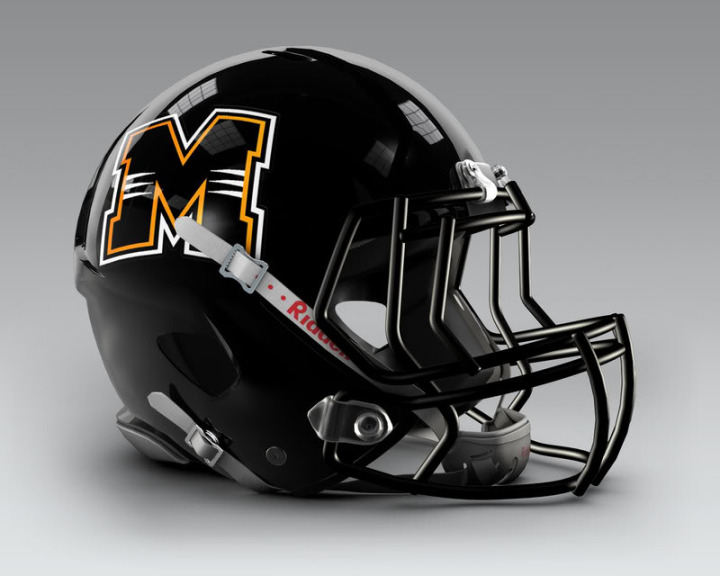 One of the biggest differences as far as looks go is the compressible cutout panel at the top of the helmet. This panel can depress up to ¼ of an inch, this is supposed to help decrease some of the force which is placed on the head.  The top of the helmet is not the only part of the helmet which has a little flex.  The flex is also included in the facemask and the attachment system.

Another change is the chinstrap.  If you look at helmets over the years you may have noticed that the chinstrap is the only part of the helmet which really hasn’t changed a whole lot.  With the new Riddell Speedflex, it has a ratchet style chinstrap. This is designed to help players get a good fit quickly for each play.

Arkansas, Colorado, Florida State, Iowa State, Miami, Florida, LSU, Old Dominion, San Diego State, Pittsburgh, North Carolina, Nebraska, Tennessee and Texas are all schools trying out Riddell’s new helmet come the 2014 season.  The full rollout of the Speedflex is expected to occur during the 2015 season. Currently these helmets are not available to the mass public.

Do these helmets work to prevent concussions?  That is still to be determined.  With a fair amount of schools using these helmets next year, they will be able to gather a lot of data for their research.  Riddell also states all over their website that no helmet can prevent serious head of neck injuries.

Feel free to leave your questions and comments below. I look forward to hearing what YOU have to say. Stay Safe!