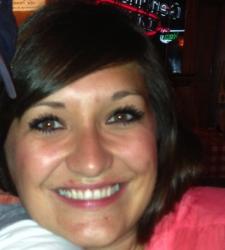 With spring in the air, most of us are thinking about getting out of the gym and back onto the trails. Thank goodness, because a treadmill causes more stress on your joints… right? According to a new study, that might not actually be the case. There are lots of myths about running. If you read our blog Does Running Cause Knee Arthritis?, you learned that running doesn’t necessarily cause knee arthritis… but what about the thought that running on a treadmill increases stress on your joints?

A recent study compared the loads that occur at the patellofemoral joint (which is the kneecap on your thigh or femur bone) and Achilles tendon. These 2 areas were analyzed specifically because they are common regions for injury/pain in runners. When looking at the patellofemoral joint (kneecap), there was no difference in the loads placed on this area during treadmill compared to overground running. The Achilles tendon, however, had a very different outcome. When running on a treadmill, the Achilles tendon had an average increased cumulative force of 14.2%.

So what does this mean for runners? In general terms, we can conclude that for people with knee pain who are returning to run, it is equally safe to run on a treadmill as it would be to run on level ground. However, those who are recovering from Achilles tendon injury may benefit more from a program that avoids treadmill training. Taking where to train into consideration with how to train can be an important step to both recovering from and preventing injury. If you are having difficulty with running or think you would benefit from a video analysis of your mechanics, OSI Physical Therapy – West St. Paul would love to help get you back on track!