“We are all travelers in the wilderness of this world, and the best we can find in our travels is an honest friend.”

Do you travel for your job? If so you understand some of the oh-so-fun things that go hand in hand with that, living out of a hotel, fast food, late nights watching tv while hacking away at emails and work related items since you have nothing else to do. For me personally this was the fast track to weight gain a couple years ago, but I’m fortunate to enjoy a lot less travel these days.

I recently was told I was heading to the FOTO conference in Knoxville, TN with  my two colleagues Tony O’Bright and Pete Larson. I knew these would be two great guys to spend the weekend with talking shop and getting to know a little better. Oddly enough, I hadn’t traveled for work in almost 9 months so I looked very forward to this event.

My first airport observation was in my hometown airport. As I walked through the St Paul/ Mpls airport I noticed they had placed sleeping mats in the hallways. I wasn’t sure if they were a permanent fixture of the airport these days or something for a group that had passed through, but nonetheless people were using them everywhere. Not sure I’d plop down on one of these things and take a nap in the hallway of the airport, but there were quite a few people lining up to grab these things. Hmm..maybe this is a sign of getting a little older and a bit less adventurous LOL. 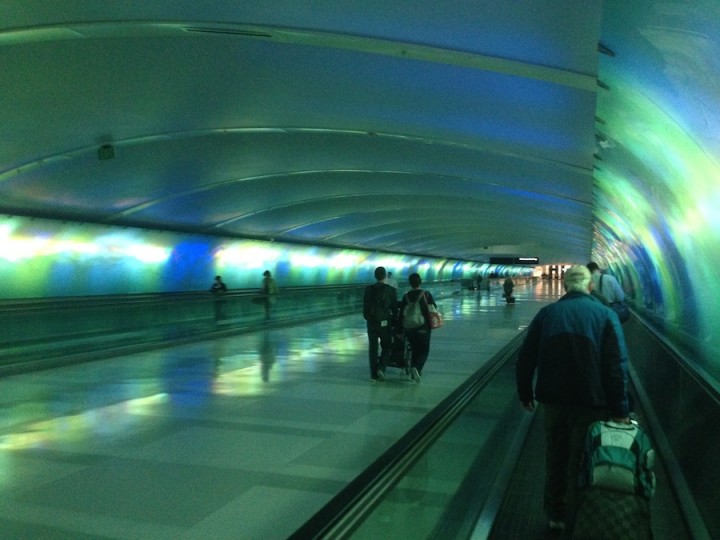 The second airport observation came in the Detroit airport. As the three of us quickly scurried through the terminal to reach the gate of our connecting flight, we passed through some kind of practical joke, or perhaps just an experiment in art that went terribly wrong. We walked through an odd 60’s like tunnel flashing a series tie dyed like images and patterns while playing a seemingly futuristic/scandinavian version of the Simpson’s theme song. It’s truly an odd thing to have in the airport. Still scratching my head on that one. 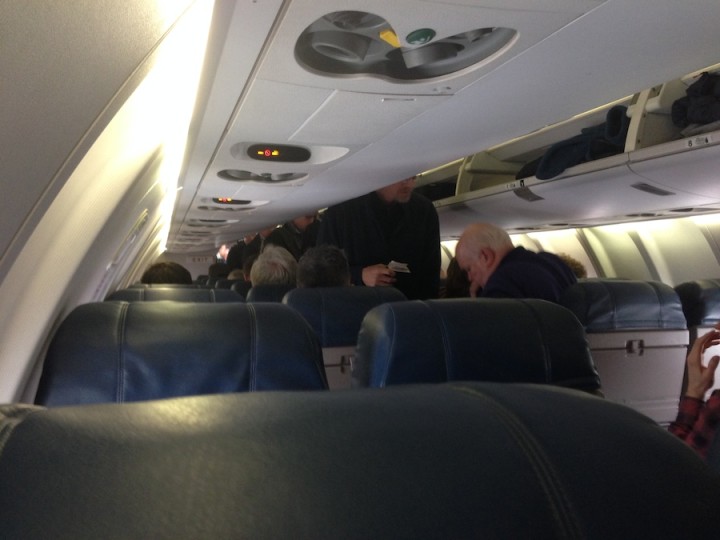 The last of my airpot tales has to do with the physical size of the plane we took from Detroit to Knoxville. Now I’ve been flying for over 30 years and this was by far bar none the smallest airliner I’ve ever flown on. We had to duck our heads several inches walking down the aisle and felt as if I needed crowbar to pry me into my seat (I could probably stand to lose a few lb’s). I quickly grabbed the airline magazine in front of me to see what type of plane this was. You guessed it…it was the smallest on the size chart at the very bottom. Hurray! 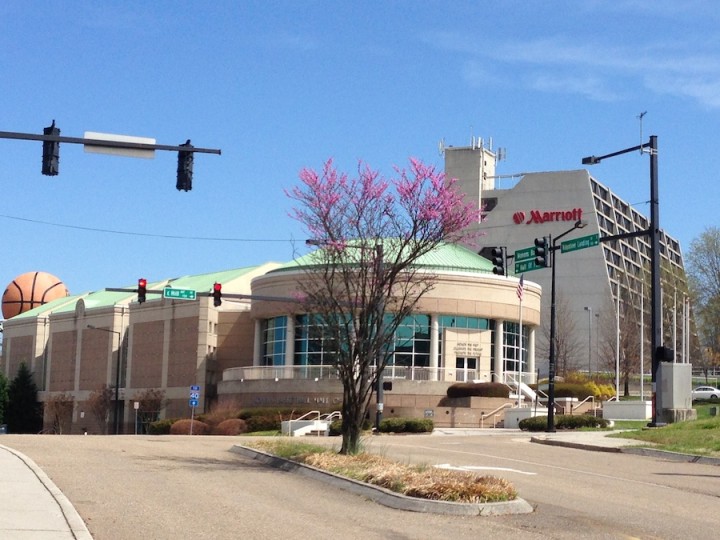 We arrived at the Marriott hotel and met several of the conference organizers and attendees. It was a great hotel for the event and was a stone’s throw from the center of town. The conference itself was well organized and offered a great variety of speakers. Bear in mind that I’m not a physical therapist, so much of this information wouldn’t be entirely relevant to me. I had one goal in mind during these sessions, which was to take away 1-2 good pearls of wisdom from each breakout session that could help me better understand how to market and promote this amazing tool we use.

The breakout sessions were awesome. I genuinely appreciate listening to very smart people who can communicate well and that’s exactly what we got. This is perhaps a bit biased, but in my opinion the best speaker was OSI’s very own Jim Hoyme (OSI co-owner). He did a fantastic job with his presentation. His presentations are so clean and his delivery is done as storytelling, which tends to captivate the crowd. He is pictured to the right below. 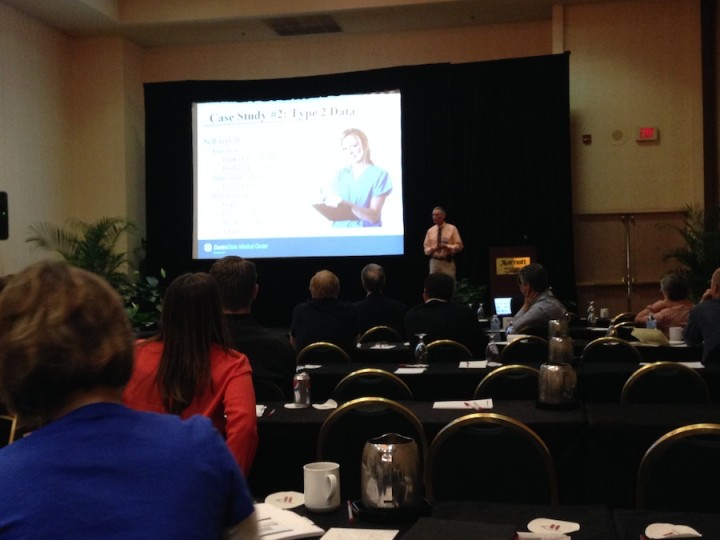 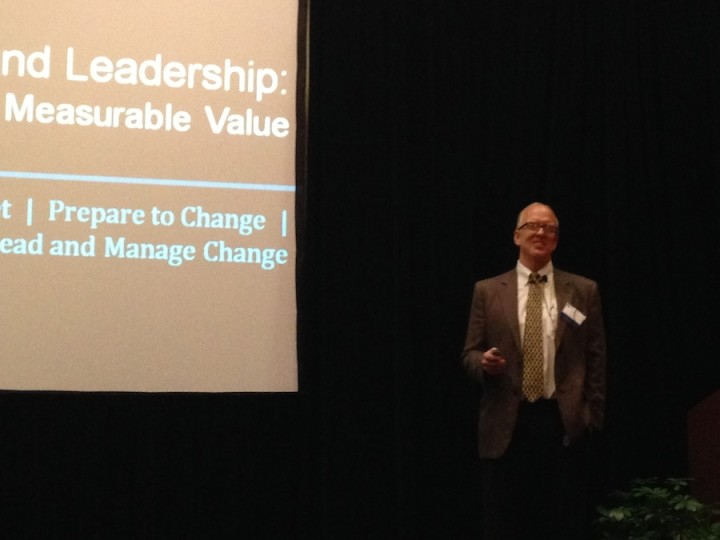 We met a lot of great people from around the states. We joked that we even ‘adopted’ a travel buddy named Jody, a PT from Nashville. Pete, Tony and I clicked with Jody pretty fast and he ended up having dinner with us both nights there. There’s something about saying this though that’s almost an eerie reference to a scene in the ‘Cable Guy’. 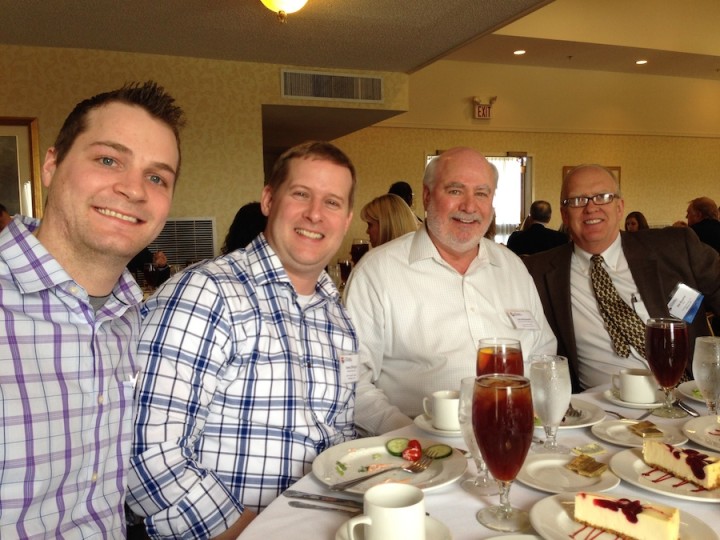 Something else worth mentioning here is that while having lunch it became apparent to me that Jim really seemed to know everyone in this industry. The number of people that he introduced us to and he knew on a first name basis was remarkable. It was fun to be a part of this and meet so many interesting people.

Out On The Town 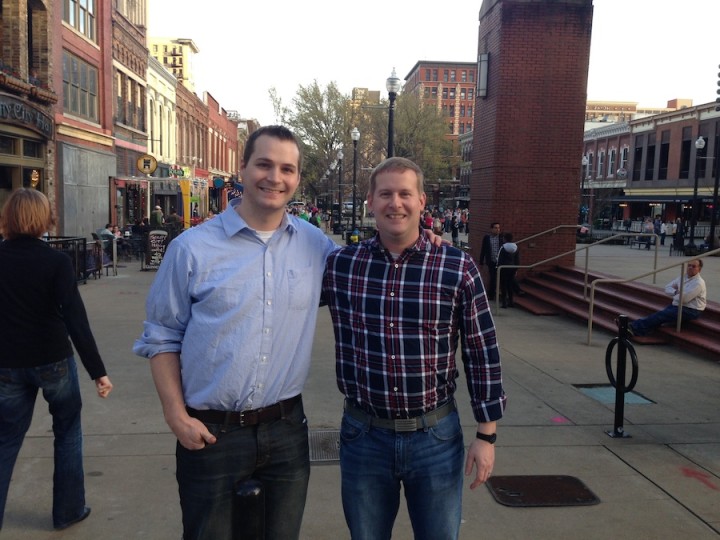 Pete, Tony, Jody and I were quick to take advantage of never having been in Knoxville, so we were eager to explore the town.  We went to the Market Square, which was where a large number of popular restaurants were located. It seemed to be the town centre. Within just a few short minutes of walking around town with these guys I noticed 2 things; The first was Tony assuming my common role while traveling as the guy who pulled out the map, asked the questions, and led the way. This was a first for me, as I have always been the point guy with friends and family to navigate our way while traveling. I love having Tony take on this role and frankly…I see why none of my friends ever wanted this role (far more relaxing). The second thing was that Tony and Pete could keep up with the movie quotes and references.  Tony seemed to be an advanced player in that game. I’m guessing he’ll know the Cable Guy reference above without even clicking on it.

It wasn’t easy to find a place to eat, because the wait was 2-3 hours everywhere we went. We finally stumbled onto a place that got us seated right away. We were happy to find a place still in the market square. There really is quite a lot happening there. People are selling cookies, human statues, playing music, eating, and even a sidewalk art contest (pictures below). 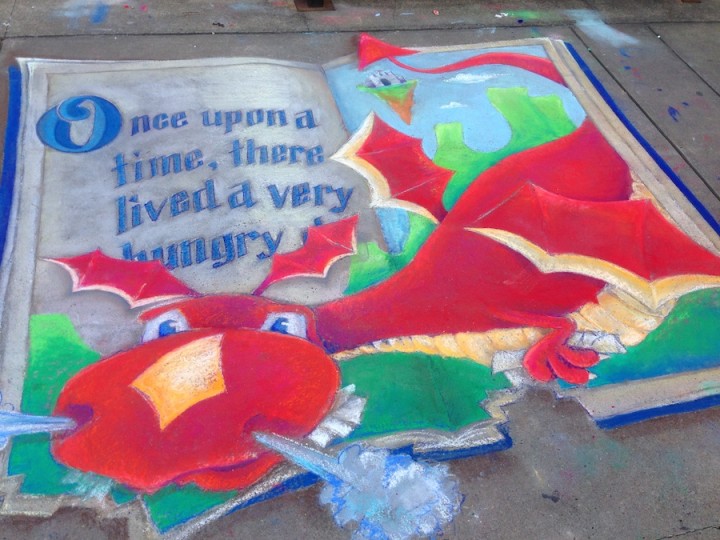 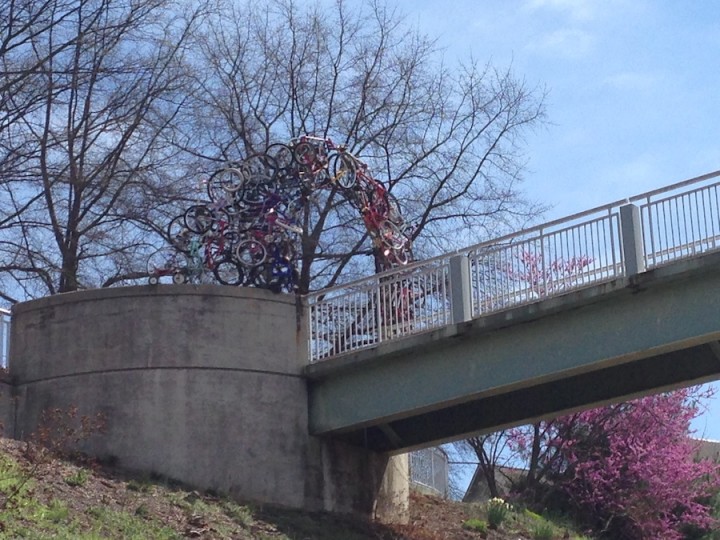 There are a lot of cool things about Knoxville. We all agreed it would be be a place we’d come back and visit if we had the chance. There was a pleasant feel to the city: from the trolly cars and shops, to the art, the people and so much more. There was one particular photo I snapped of a collage of bicycles that formed the entrance to a walkway. It was just another unique thing that painted such a fun picture of Knoxville. Overall the people of Knoxville are very friendly people. A+ from me.

After spending the weekend with these guys I felt so fortunate I had the chance to get to know them better. It’s very easy on a daily basis to work along side of great people and not even be aware of some of the things that make them uniquely awesome as people. If traveling for work is a part of your job, I see it as a chance to get to know your colleagues in ways that both help you appreciate them more, but also help you better understand what they might need from me to succeed in their role. Wow, that’s sounds so cliche from a marketing guy and I AM the marketing guy…but it’s heartfelt.

Thanks to Pete, Tony, Jim, Craig and even Jody..for a great time at the 2014 FOTO Conference in Knoxville. I can say I was lucky enough to travel with amazing colleagues and make 2 new friends in the process.