This morning started with two texts from back home. One from Alli about a hockey player needing a knee consult, and the other from the hockey player requesting to get an appointment with me ASAP. This is why I don’t take vacations. Around the lunch hour we all got connected and worked out a game plan to get this athlete the help she needs. Never a dull moment!

Today was beach day, at least half of it anyways had it not been for the bee burying its stinger in my wife’s foot as we went hunting for shells along the shore. Finally, a sunny day and we only spent half of it out on the beach. Oh well, the same sun shines on the pool deck at the resort!

For supper, we consulted Yelp yet again, and decided on a place called Fishlips. It is a sports bar that faces the cruise ship docks, with outdoor seating, and is a very popular spot for tourists to watch the big ships arrive and depart. Fishlips has a very comprehensive menu, and we enjoyed crab cakes, a yellow fin tuna sandwich, and boneless buffalo wings. 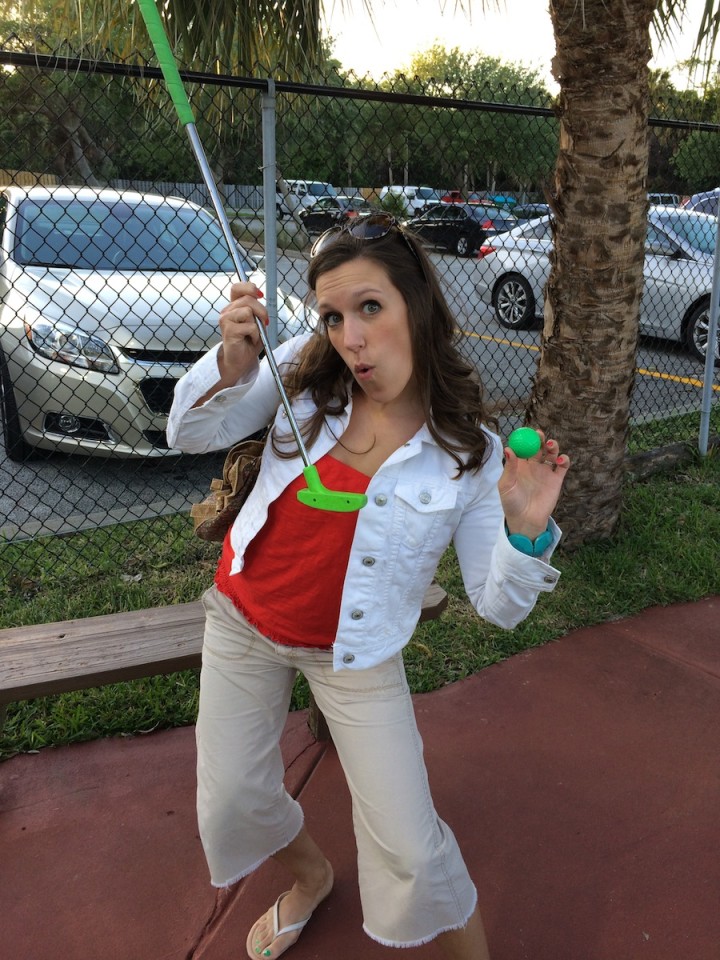 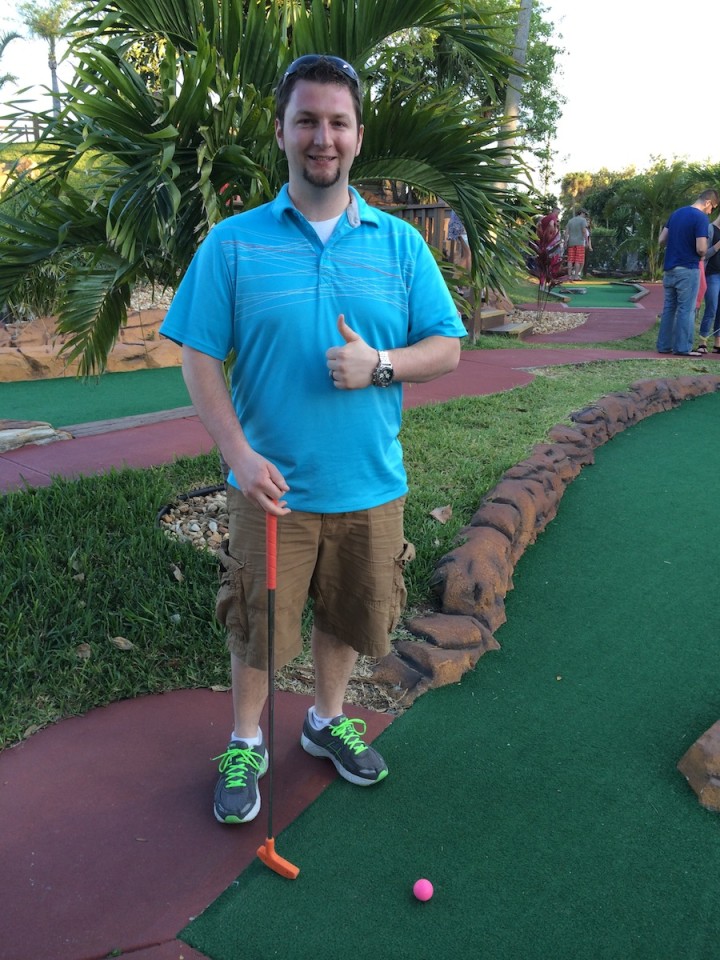 After supper, we decided that mini golf would be a great way to end our evening outdoors, and choose a Golf and Gator establishment a mile or so down the road from the hotel. It was a bit on the spendy side, but likely one of the nicest courses I’ve played (maybe 5 in my hole life…). My night almost ended when, on hole three, I just couldn’t sink my putt. Around and around the hole I went, each time the ball just narrowly missing the cup. On putt 18, I gave it a college try. I wound way up, let it rip, and the ball ricocheted off one of the plastic rocks, through the chain link fence, and into the sewer drain across the street. Nice. About 5 minutes later I found a ball someone else must have thought they lost, and continued play. It was a nice hour of mini golf, but we’re both beat after a long day in the sun. Time for a movie and bed before we trek down to Naples tomorrow! Hopefully some good snorkeling there!

From the final night in the king suite at Radisson Resort on the Port, good night.