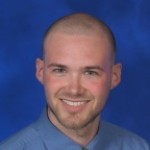 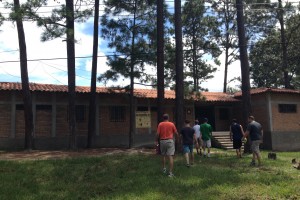 Arrived in Tegucigalpa with no issue and met up with my ride to the orphanage. When I got there I met some of the staff and was thrown right into the fire. I worked with (through an interpreter) several low back pains, a few shoulders, 2 hips, and a couple feet. All told the clinic saw 135 patients during the day. There are about 20 of us here currently with another 20 expected tomorrow. This is actually a small brigade compared to what they normally do, which is about 80. The 40 of us will be made up of 4 MDs, a PA, multiple nurses, surgery techs, a number of recent grads looking to go into medicine, nurse anesthetists, an ATC, a PT (me) a future PT student, and a few high schoolers that speak Spanish. I find myself suddenly regretting not keeping up with my Spanish. We finished up around 6 and had a great meal. Most of us are staying in a dorm area that sleeps about 30. I am rooming with a guy named Lonnie, who is a sterile processing tech from St. Joes. Our room had its own private shower and bath. The next 2 days will consist of more orientation and a lot if cleaning now that the clinic portion is over. 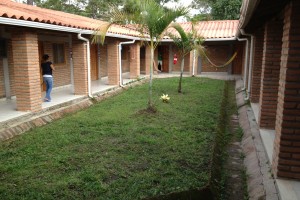 We got to sleep in today, had breakfast at 9, which was made up of fresh baked donuts. We then had a full tour of the grounds. They take care of 350 children on the grounds, from 6 months to high school. There are another 150 they take care of in the city that are either in high school or at university. Before high school they do a year of service on the ranch and if they do 2 more years after high school, NPH pays for them to go to university. Every child learns a trade. Not every child will have a chance to go to university so they start receiving instruction in trades in grade 7-9. The trades consist of farming, tailoring, sewing, wood working, metal work, or shoe making. They try to steer the girls into tailoring or sewing since many of the other available jobs are dangerous parts of town. After the tour I was standing taking a picture of a child when I started to have sharp, pinching pains on my feet. I looked down (I was wearing sandals) and my feet were covered with black ants. I discovered they are far less welcoming than the rest of the people on the ranch. They clamped on with there pincers and it was quite an effort to get them all off. Note to self: be careful where you stand here. We met back up at the surgery center and discussed our roles for the next day. After another great dinner we heard from one of the leaders on the ranch. he said most of the children have been subjected to physical, sexual, or emotional abuse. Their lives have been tremendously improved thanks to NPH. It was heartbreaking, but encouraging to hear. 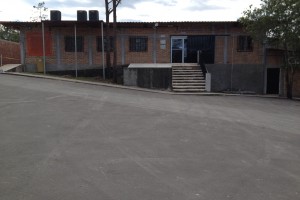 We started early today with most people at the surgery center at or before 6 am. The 1st surgery was at 7. I observed a doctor from Salt Lake City do an ACL hamstring graft to start the day. I treated, with the help of interpreters, 5 ACL's, a distal femur hardware removal, a shoulder decompression, a hand flexor contracture, 2 low backs, a tibial fx rod fixation due to a gun shot wound 5 months earlier, and manipulated a few of the staff. It was a long day with most of us getting done around 7. After dinner, most of us went to bed since it all starts over tomorrow. All in all it was an exhausting but excellent day. 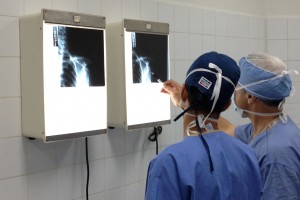 Another busy day at the surgery center. I saw 5 more ACL's, a tibial rod removal due to infection, a lateral meniscus, a distal femur hardware removal, observed an open shoulder reduction of a dislocation he had had for 4 months. 4 months with the shoulder dislocated! We also treated a man who was supposed to have an ACL but when they got in there his knee was bone on bone and the ACL wouldn't have helped. So they debrided what they could. He needs a TKA that he won't get and he is only 38 years old. The days are long, but fun. They have assembled a great group of people here. But by far the best aspect of helping others here is NO PAPER WORK!!! I have filled out ZERO paperwork or electronic medical record. It might be tough to go back to the states. After another great meal, we had a presentation from the head of NPH that talked about their philosophy. One of which is to never turn away a child, no matter what. It's pretty cool to be able to live that out. 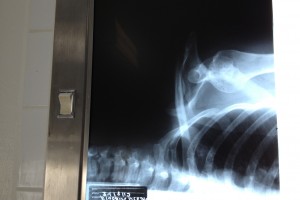 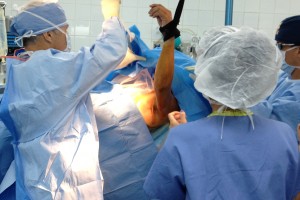 This morning I scrubbed into a Bankart repair. Unfortunately they didn't have the best supplies and set up for it, so they had to figure things out on the fly. The end result was good, but it took much longer. Instead of 30 minutes, it took 2 hours. It was pretty cool to be involved. After that I returned to the post op area. I've been working with a future PT student on our brigade, a PTA that is on staff here at the orphanage for 1 year, and a recent PT grad from Austria that is also on staff here for a year. They have both been extremely helpful since they are fluent in spanish. Part of my task has been to help them figure out rehab programs for these patients for when they return for follow up visits. We have a pretty good staff with the 4 of us, and things have gone pretty smoothly. The food here has been tremendous, and if anyone is worried about the menu on a brigade, don't be. It has been fantastic and no one has gotten sick. One more day of surgery left. 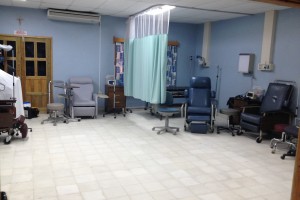 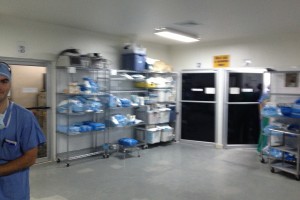 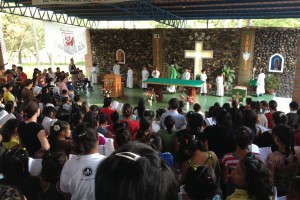 Our last day of surgery and it was the longest day for me. Our last case was a man who had torn his ACL, MCL, PCL, and lateral meniscus. He was about 50 years old and had had the injury for 5 months. The surgery started at 4 pm and didn't end until about 8. 3 surgeons were in on it. Myself and 2 others stayed to take care of him while everyone else went to dinner and then an optional mass. Our patient, as you can imagine was in a lot of pain and also pretty nauseous. Everything he tried to eat or drink he threw up. Around 10 pm we finally were able to load him into the flatbed of his truck for his 30 minute drive home on bad roads. After he threw up again over the side of the truck, he smiled, waved, and exclaimed how grateful he was for all our help. He was so happy to have had the surgery. You don't see that kind of attitude back in the states. Being here is such an awesome experience. It's like surgery for the soul, only the patients are operating on you. 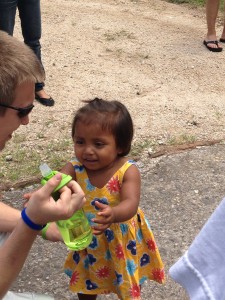 No surgeries today, but this morning we saw many of the surgeries back for a recheck. I did a group class instructing all the ACL's (17 of them). I took them through their entire rehab progression based off a protocol I wrote up and had translated to spanish. It was fun. I can't say I've ever done that before. After clinic we cleaned the center and then had lunch. We then met up at the school soccer field where we had some instruction in how to play lacrosse by a member of the Minnesota Swarm that came down to teach the kids how to play. The swarm donated a bunch of equipment to the kids. We then broke into 3 team with the students from the orphanage that wanted to play. I had never held a lacrosse stick before but I managed to score a goal somehow. It started to rain which felt great in 90 degree heat, but that made the Hondurans run for cover. The rest of us, Dr. Daly included, proceeded to play through a major downpour with lightening. I'm pretty sure in the states we would have called a rain delay. It was a great time. After another great dinner, we had a chance to share if we wanted to. I spoke about how amazingly grateful all of the patients were. I also mentioned that back in the U.S., we all have patients that we don't look forward to. For me it is the diabetic, smoker, with fibromyalgia, and chronic pain. Sometimes before entering a room I have to tell myself that I am treating Jesus to hope to change my attitude. Down here, you really are treating Jesus, and that is very humbling. A number of us later on sat around talking and drinking Salvavida, the official beer of Honduras til around midnight.

We woke early and headed for the airport. It took longer than expected because we ran into a few parades and heavy traffic. People were celebrating partly because their Independence Day is coming up, and partly because the Honduran soccer team had beaten Mexico in Mexico the previous night for the 1st time ever. Suffice to say, we barely made our flight. All in all, it was an amazing experience. I've written in this blog about the religious aspect of a trip like this with this organization, which is strongly Catholic. I myself am not Catholic and there were others along also were not. We even had 4 Mormons from Utah. Despite whether you are religious or not, a trip like this is an incredible opportunity to serve those that are unbelievably less fortunate than the rest of us. Most of us got into therapy to help others in some way, and if you ever get frustrated, bored, stressed, or just worn down by therapy in the states, I encourage you to try an experience like this. It will recharge your batteries like nothing else can. I am grateful for the opportunity to have been able to come down, and very thankful to Mike and Jim for their assistance to do so. If you have questions or are interested in knowing more, seek out Mike or myself. Or shoot Lulu Daly an email. She will talk your ear off about reasons to go. Thanks for reading... Feel free to contact me at our North St. Paul office if you or someone you know is looking for a Physical Therapist! - Ross VanNatta, PT in North St. Paul