I’ve been really excited to tell Maggie’s story since she agreed to be part of the Making of a Champion series! Maggie is a senior at Simley High School in Inver Grove Heights, and is stepping into a big role this fall as she continues her athletic career at the collegiate level. It was a great joy to work with Maggie in clinic, and she is the athlete of athletes, even earning the prestigious Athena award in her senior year.

JS: Mags, you’re involved in a ton of stuff. What sports do you play?

JS: What is your Champion sport?

JS: What did you come to OSI Physical Therapy to have treated?

MK: I had a long hip problem I got in gymnastics two years ago that never went away so I just lived with it until this yearn volleyball season my trainer (Kassiann Keister, ATC) sent me in to get it treated.

JS: What was your favorite part of physical therapy?

MK: Actually getting better. I never really healed from any of the other treatment I tried for my hip so to actually fully recover and not have pain on a daily basis is amazing.

JS: I’m so glad we were able to provide you with lasting relief! That’s the whole goal of physical therapy. So, be honest. What wasn’t so fun about therapy?

MK: The part of the treatment where it doesn’t get better right away is really frustrating for me because I want to be better now and it doesn’t always work that fast.

JS: I remember the day after your first session, you were in a ton of pain, and your mom called me. I was out turkey hunting, and came in early from my hunt to try a few treatment options to get your back calmed down. I’m so happy you are on the other side of that situation. Speaking of obstacles, what is an obstacle you’ve had to overcome to become the Champion that you are today?

MK: Most definitely my long list of injuries I have had. More than the physical pain is that injuries are also hard on the mind. It’s hard for me to sit out and watch or tell someone I’m hurt, but I have definitely learned the consequences if I rush anything and don’t speak up about my injuries.

JS: You’ve had your share! On a more positive note, what was a defining moment when you realized you had reached Champion status?

MK: At a tournament in Sioux Falls, South Dakota this past summer. It was a showcase tournament so there were going to be lots of college coaches there. I have never been in a showcase before in my life so it was all new to me and I never thought in a million years they would take the time to read my jersey. I was just there for the experience to what I thought was my last year of softball. I just didn;t want to make my team look bad. After the Saturday full of games I hit more home runs in a day than I ever did before. I never thought I could do something like that. At the end of our last game that Saturday our outfield coach comes up to me and tells me, “they’re coming for you.” I thought she mad making a goofy joke about cops or something but her face was so serious. So I said “what?” and she replied, “the college coaches. They all saw you today and are very interested in you and they will talk to you tomorrow after our last game. Just be prepared.” I was crapping my pants. Why in the world would they want to talk to me? She played at the University of Mankato so she knew how all this goes. I was in shock. I was nervous all day Sunday and when our last game ended, four coaches came to talk to me. I met my future college head coach that day. When I got home I had so many emails that I didn’t know what to do. On the ride home from Sioux Falls it hit me that I actually am okay at softball and that people weren’t lying when they complimented my play.

JS: What am amazing story! You’ve put in a lot of time in a lot of sports! What do you believe is one ingredient/characteristic that makes you a Champion at everything you compete in?

MK: Never losing the love for the sports I played. I loved every sport I played. I can’t lie, there were days where I wanted to quit each one but there’s always something that draws me back in and makes me fall in love all over again. It could have been a kill in volleyball, the moment of silence when you get a tumble in gymnastics, the feeling of a home run ball as it comes off your bat, or simply all my teammates and coaches. I could never walk away from all those feelings, you just can’t get them anywhere else.

JS: Incredible. It’s great to know your softball career isn’t over. You’ve committed to Augustana College in Sioux Falls, SD. What attracted you there, and what is your focus going to be in school/athletics?:

MK: What attracted me to Augie is their want for me. They really wanted me to come play ball there so it felt nice to be wanted. Also, they have nursing as a major. I also really like the city and how small the school is and how well the nursing program is set up. I also really like the team and I felt at home there. I would like to definitely major in nursing and maybe double major in psychology or at least minor in it. I would like to help Augie get back in the NCAA tournament before I graduate and maybe break the team home run record for a season and career.

What an insight into the inner workings of a true Champion. I believe Maggie’s best days are ahead of her. She’s bringing a lot to the collegiate level, and I’m amped to follow her future athletic career. Thank you Maggie for choosing to be part of the OSI family! 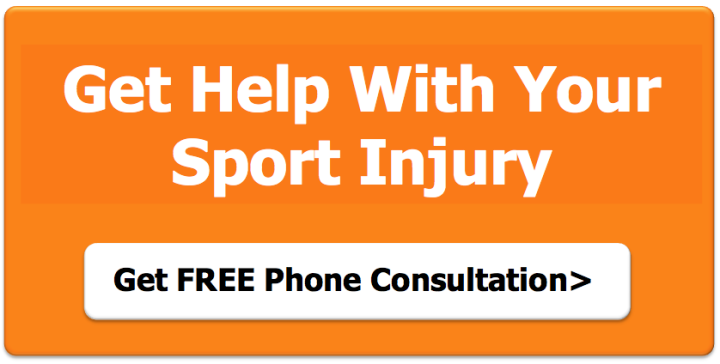