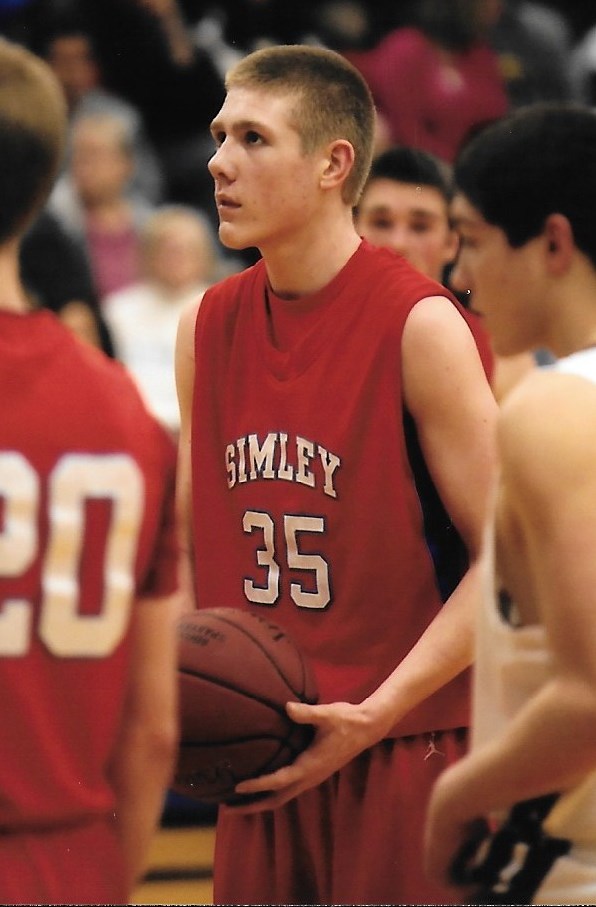 Returning to competitive sports after an injury is tough, but doing that after breaking your back? It takes Champion blood. And this is exactly the story we are getting from Alex Anderson, a junior from Simley High School. Alex is not a complainer, so when he was having consistent back pain in 2013 his mom knew it was something to address. Turns out his back was broken. That was when Kassiann Keister, ATC contacted me about getting this champ back into the action. It took longer than expected, and the ride wasn’t easy, but Alex is a Champion. Let’s hear about it from him. 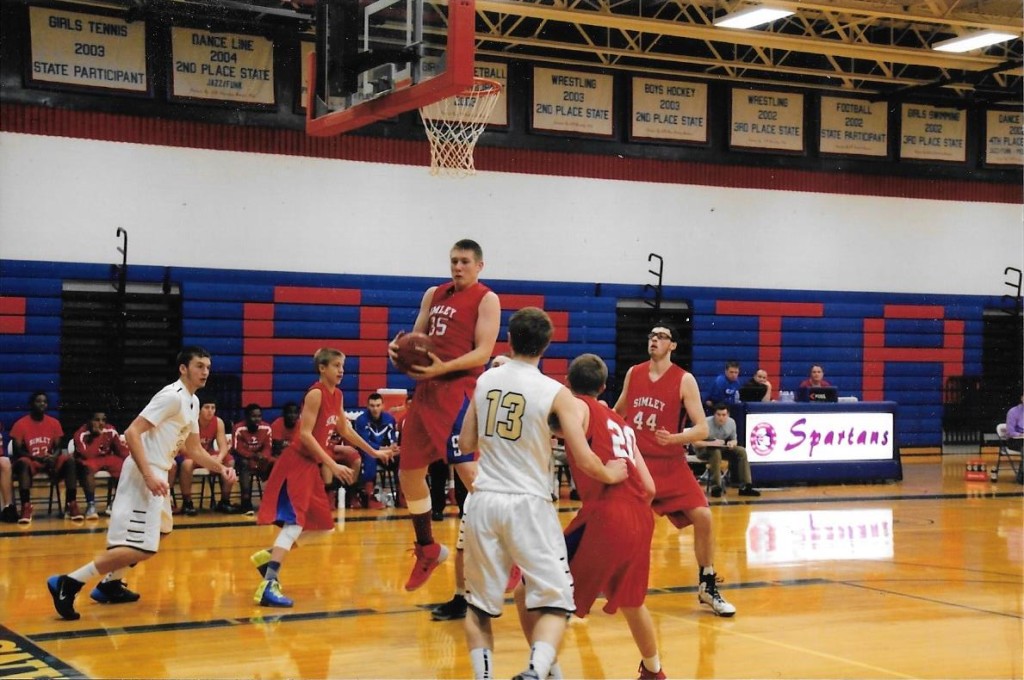 JS: Alex, what sports do you compete in?

JS: Which if those is your Champion sport?

JS: What brought you to OSI Physical Therapy in West St. Paul?

AA: My lower back, I had a bilateral pars fracture on my L5 Vertebrae. 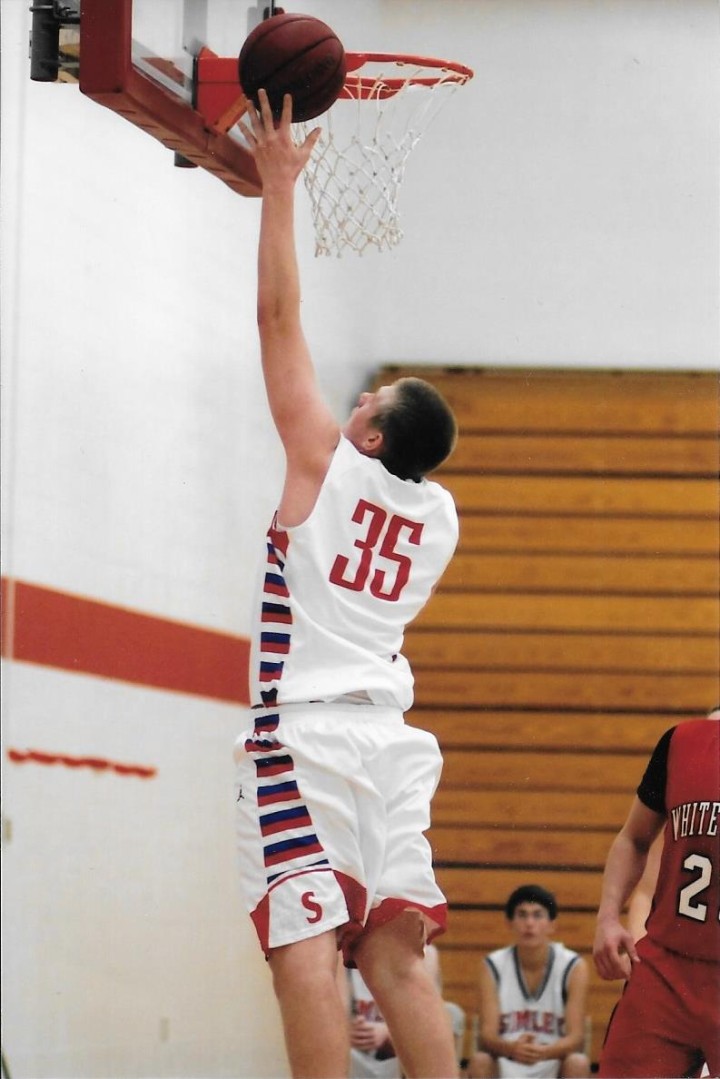 JS: What was the best part of therapy?

AA: Probably either the fluff and buff, (ESTIM & ice), which really gets me loose and ready for game day, or hanging out with the OSI staff. Everyone who works here is super nice and fun to be around, sometimes it doesn’t even feel like I’m at physical therapy when I’m talking about sports or whatever with Jon, Ross, and Rob.

JS: That’s awesome man, and yes it is always a joy having you around! So be honest, what part wasn’t so awesome?

AA: The exercises I had to do, sometimes when I was working with Rob it was a pretty tough core workout. 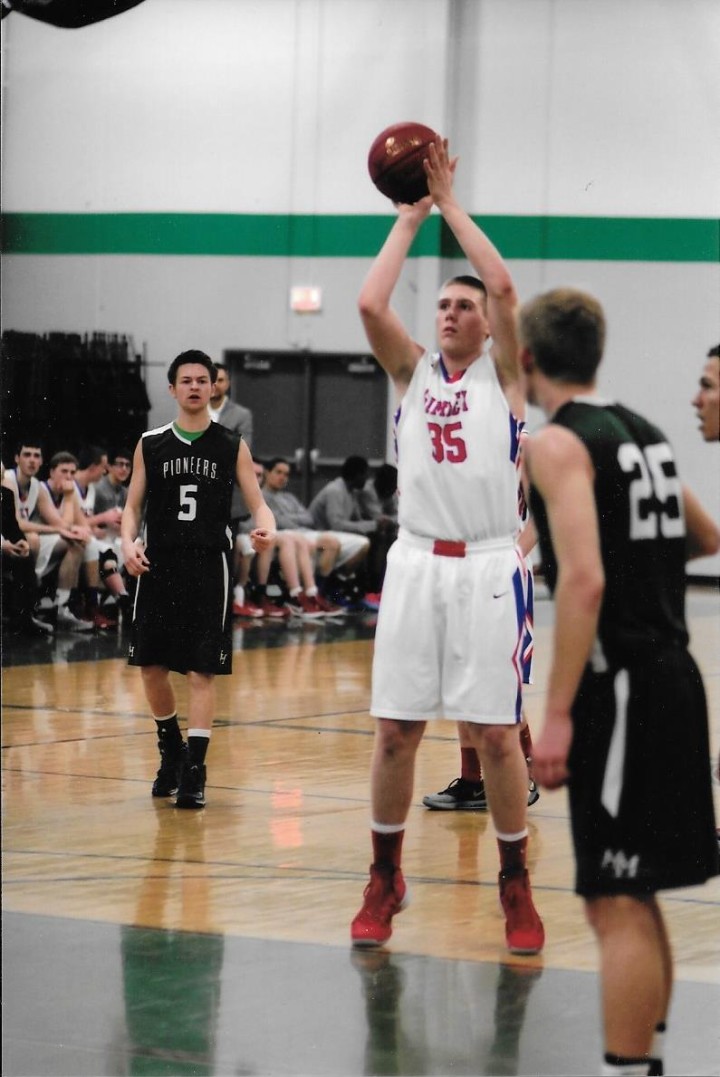 JS: Rob can provide a pretty high level workout! In your athletic career, what has been a major obstacle for you to overcome?

AA: Maintaining and/or getting back into shape. While being injured the whole football season, I did no cardio exercises, and getting into shape for basketball season was a challenge. I did more long distance running than I had ever done in my life, but I knew I had to do it if I wanted to be in shape for the season. Then, after I had to sit out again during basketball, I knew I couldn’t just do nothing again. It’s hard trying to stay in shape when you are supposed to do nothing. So I rode bike, did exercises at practices that didn’t harm my back, and then started doing small amounts of jump roping and jogging until I was back in action.

JS: You worked unbelievably hard. Was there a moment that hit you when you realized that you had reached Champion status?

AA: Definitely this year when we beat Hill-Murray in Double Overtime the first round of playoffs. I had played a great game and had two crucial free-throws at the end of the second overtime to help put the game away. I had 13 points, the most points I had scored since coming back from my midseason re-injury. It was a crazy game that I’ll remember for the rest of my life and a defining win for our program.

JS: You’ve returned to athletics after missing a full football season and too much of a basketball season. What is one Champion ingredient in you that keeps you motivated to overcome?

AA: Being with my teammates. Our basketball team is very close and is very supportive of each other. When I was injured, I saw our team at times struggle at rebounding or other parts of my game that I bring to the team, and that made me more determined to get back out there to help them out. When our team does well and we are playing together, it’s one of the best feelings in the world celebrating together our accomplishments that we had worked so hard to obtain. 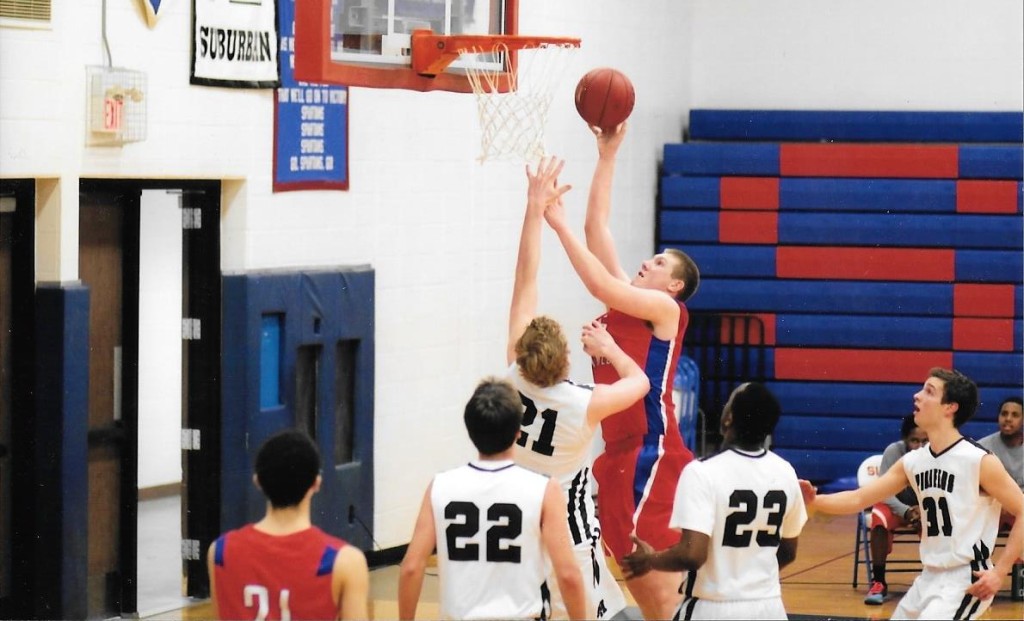 JS: What a testament. Alex’s Champion ingredient is really a group of Champions, that is pretty cool. Alex, as you look toward continuing your leadership position in athletics into your senior year of high school, what are you going to focus on to ensure that you maintain Champion status?

AA: Keep working hard. Whether it’s lifting to become stronger, doing drills together as teammates, or myself personally still strengthening my core to protect my back, our team just needs to keep working as hard as we are, to get better so we can obtain the goals we want accomplish next year such as a 20 win season. 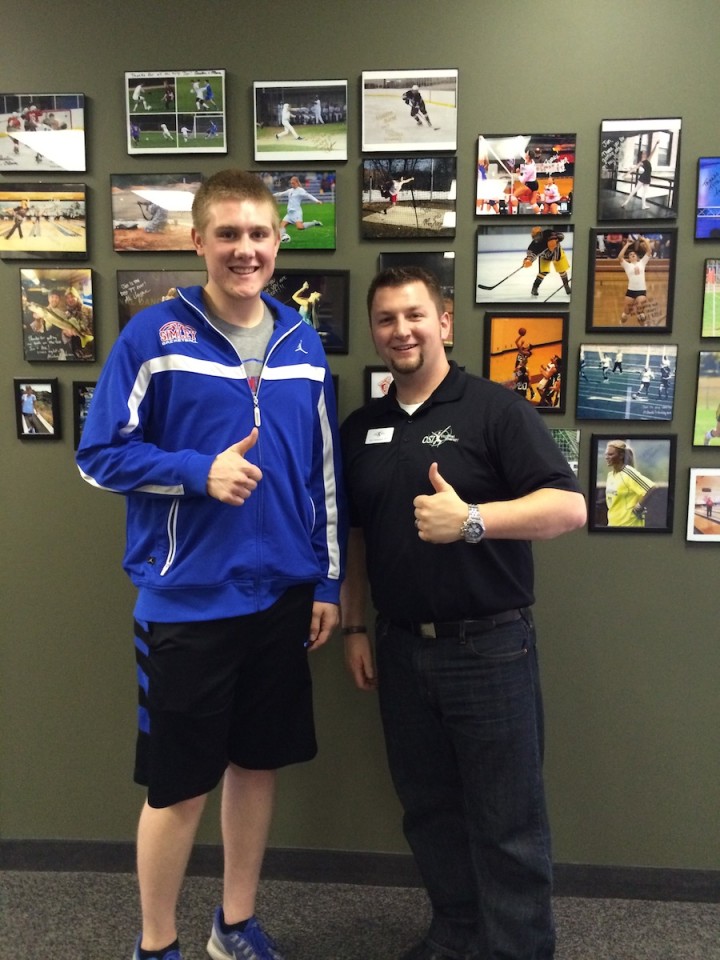 There you have it, a true Champion not looking out for himself, but for his team. This guy plays for the name on the front of his jersey, not the number on the back. I can say that I’ve been blessed working with Alex.

It wasn’t fun getting the “my back is hurt again” texts after months of hard work, but I got to watch him kick it into high gear at the end of the season. As a physical therapist, there isn’t much more reward than that! Alex, it is truly an honor to have you as part of the OSI family, and I’m looking forward to your accomplishments in the 2014-2015 school year!