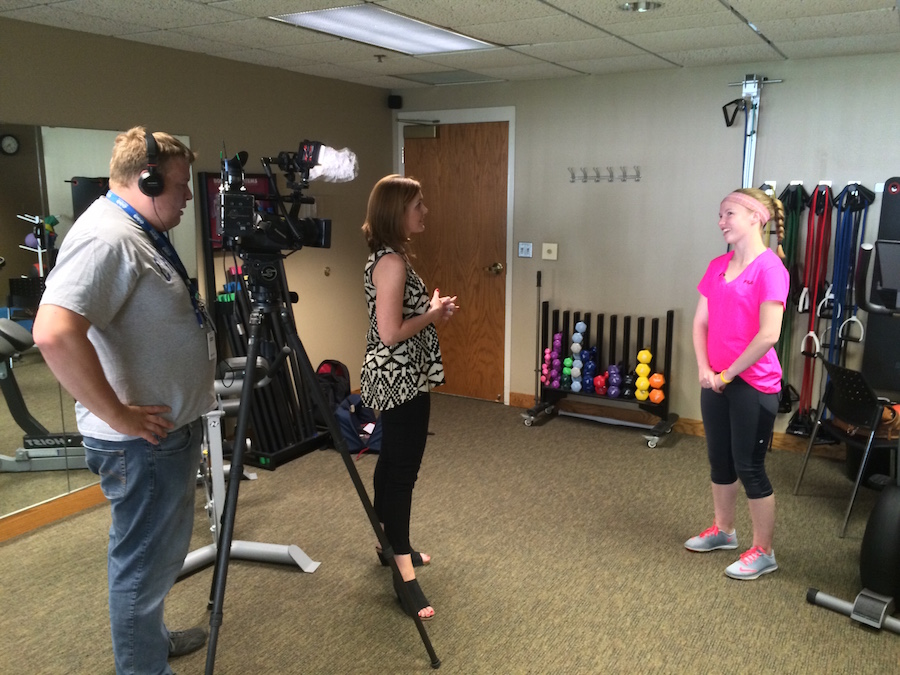 Today the crew from KSTP Twin Cities Live returned to the OSI Stillwater clinic to do a story on a local athlete whose story didn’t end exactly as expected.

The story covered a local athlete who suffered a concussion and how working with an OSI Physical Therapist helped significantly, but took an unexpected turn. The girl and her mother were interviewed, along with Scott Wilkins, the PT who helped this athlete.

We don’t want to let too much out before the segment airs on Twin Cities Live on June 29th, 2015. Put it on your calendar, because this is a great story and an eye opener for athletes.

Looking For More Information On Concussions? View This Video From OSI’s Pete Larson