The name Dr. Frank Jobe might not ring a bell to you and you may not have known that he passed away this Thursday (March 6th), but the name certainly means a lot to the hundreds of people who he performed surgery on over his career. 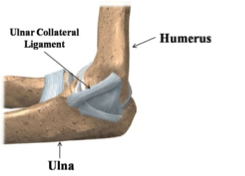 Dr. Frank Jobe is the inventor of the Tommy John, elbow surgery.  It is the surgery you hear a lot about with baseball players, the reconstruction of the Ulnar Collateral Ligament (UCL).  Hundreds of these surgeries are performed each year by surgeons all over the world.  Dr. Frank performed this groundbreaking elbow surgery in 1974.  He did his first “Tommy John” surgery on a man named none other than Tommy John, a Dodgers pitcher who had a torn his UCL in his left elbow. Before Frank’s invention there was no good solution to this torn ligament and it would often times be a career ending injury. He is credited by so many athletes for saving their careers, with his surgery technique.

Jobe removed a tendon from John’s forearm and repaired his elbow with it. John went on to pitch 14 years after the surgery on September 25, 1974, with over 160 victories without ever missing a start because of an elbow problem.  Although the surgery has evolved over the years, the same basic principals which Dr. Frank Jobe did in 1974 are still being used today.  From one sports medicine enthusiast to another, I want to say thank-you Frank for your lifelong work and dedication to helping athletes participate in the activities they enjoy!