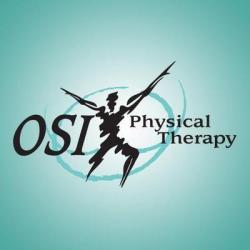 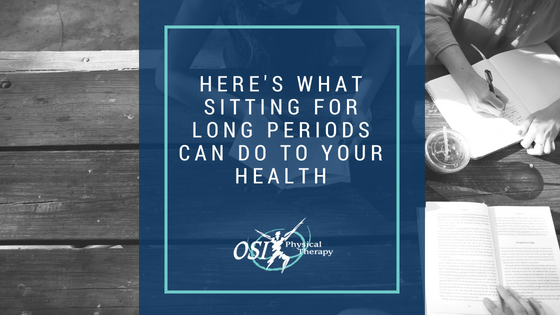 In the world of physical fitness and therapy, there is and has been an ongoing war against excessive sitting. A sedentary lifestyle has become the norm for many individuals both old and young. This doesn’t necessarily link directly with laziness either, as many might think. Just think how easy it is to get caught up in sitting for hours on end. Whether we’re sitting at our desk working or sitting on the couch watching Netflix, it’s actually very easy for some to sit without sneaking in a break.

The problem with this is that when habits like these start to form, it makes it easier to think it’s okay to sit for an extended period of time. However, a habit of prolonged sitting can have serious consequences both long and short term, and in more ways than just physical. We’re paying with the health of our bodies, and it’s important to steer clear if at all possible. Here’s what can quickly be affected by prolonged sitting.

The first thing anyone will point to from sitting for too long each day is the impact that poor form will have on posture. Our bodies aren’t designed to be in one place, unmoving, for such a long period of time. So then we work ourselves into a poor posture which also impacts our back, neck, and shoulders. In the short term, this may feel like nothing, but chances are that physical therapy will be needed as time goes on to fix more serious issues.

Due to less activity overall, it only makes sense that an individual would gain more weight over time because of a sedentary lifestyle. Many people do not find a substitute for physical activity or fitness after they lose it, and thus, they fall into unhealthy weight gain. Over time, the can effect themselves in other ways as well, such as joint issues and back pain, that will need to once again be addressed in physical therapy.

Outside of the physical trouble it brings, excess sitting has an impact on your mental and emotional well-being as well. Partially in tandem with feeling less healthy physically, studied have shown that stationary living simply makes a person feel less happy with less of a feeling of accomplishment. Some data even points towards the overall deterioration of mental function, which compounds as we get into older age.