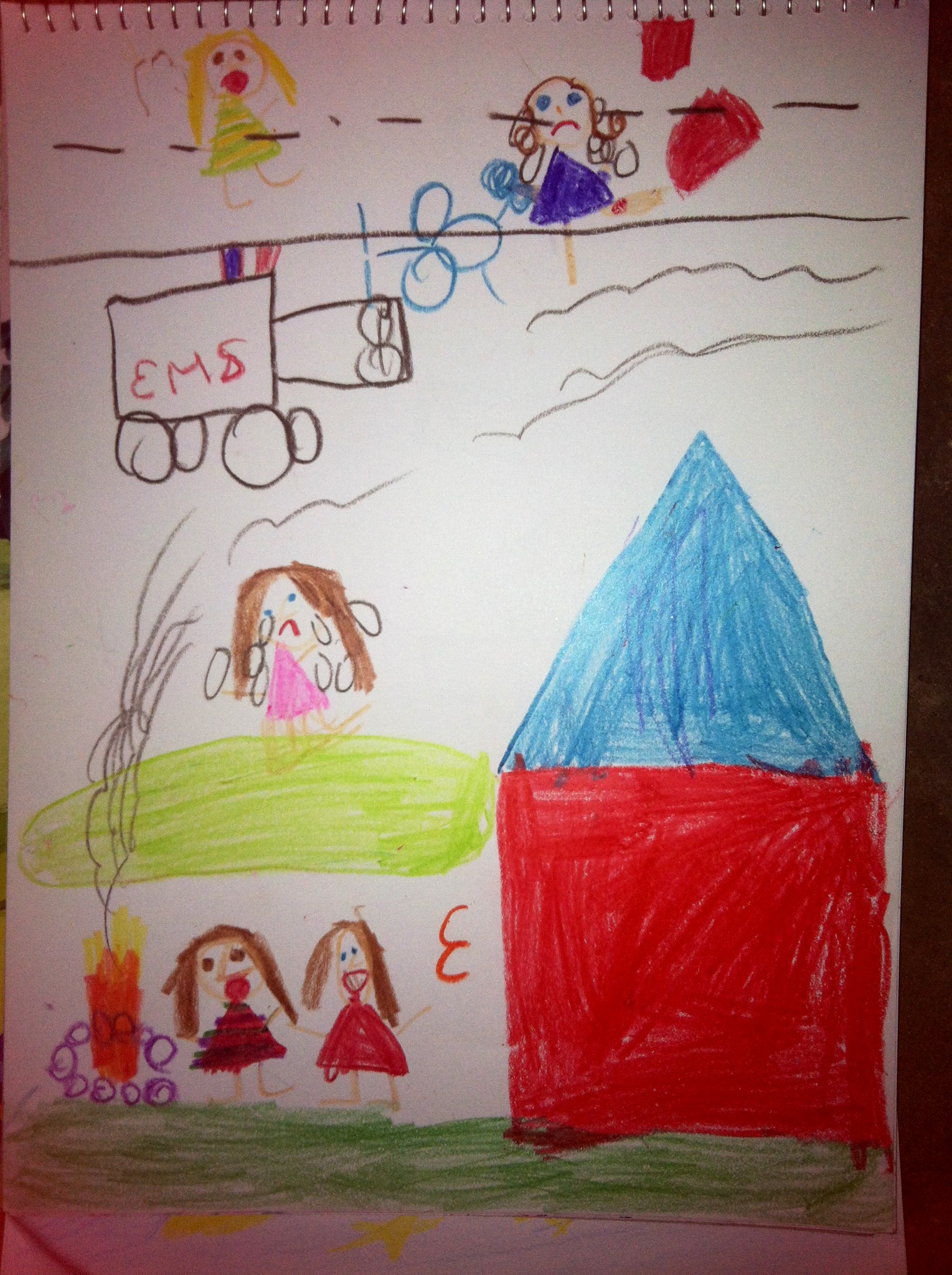 My older daughter’s 12th birthday involved a bike ride, a steering wheel imbedded into her thigh narrowly missing her femoral artery.  The road looked like what my daughter described as a “crime scene”.  There was a river of blood running down the cracks in the asphalt.  She wasn’t exaggerating.  This all happened as I was tending a campfire.  Fortunately I was able to get to my daughter and provide compression to the gaping wound while her friend that was going to be sleeping over called 911.  A neighbor came to assist to put out the campfire so we didn’t have a forest fire.  She had an ambulance ride, shots and many stitches that birthday night.  I had to manage some wound care for several weeks later to make sure she didn’t bust open the stitches during hockey tryouts.  She made the A team that year.

My youngest daughter was 15 months when she had her first seizure.  She was diagnosed with febrile seizures.  Whenever she started to get sick with a fever, we had to be quick to keep the fever from spiking.  I managed her fever as best as I could with fever reducing medications.  During the winter months, if she sick and was bundled up too warm or if she was covered by too many blankets, she would have a seizure.  I took care to make sure she was safe during a seizure.   I made sure that she didn’t bite her tongue, choke, or hit her head.  The neurologist told us that kids usually grow out of febrile seizures by age 7.  Nat was 6 yrs and 8 months old when she had her last seizure.

This past January, I attended my youngest daughters U10 hockey game in Rogers.  During the 2nd period, the referee took his helmet off during the game and quickly skated off the ice where my husband was doing the scorebook.  He ran to the front of the rink to get a first aid kit.  I went to see what happened and it appeared that the ref got a hockey stick in the eye.  I was able to pad his eye and I added a wrap around his head to provide compression while I drove him approximately 10 minutes away to the Maple Grove Hospital.  Weeks later when my daughter’s team was playing again at their home rink, the same bruised up ref came up to me and told me I was his angel.  He brought me a rose bouquet in appreciation for my first aid.

Having first aid training has not only come in handy with treating patients, but it has also been most helpful for managing the care of my family.  I hope that this blog is a good reminder of need for first aid training.  Be safe and feel free to contact me at ksicora@osipt.com.

If clothing is burning, smother flames and cool by soaking with water.  Run cool water over burned skin to reduce pain.  Do not apply ice, medication or ointment.  Do not break blisters.   Call 911 or seek medical care for large or deep burns.  Do not touch the victim with your bare hands if it’s an Electrical Burn.  Immediately disconnect electrical power.  Pull victim away from power source with gloved hands.  All electrical burns need to be seen by a doctor.

If anything is splashed in the eye, gently flush with water for at least 15’.  Do not touch or rub the injured eye.  Do not apply medication.  Do not remove objects stuck into the eye.  Cover the painful eye or place an eye shield over the eye and seek medical care.  Often the ER will refer to an Ophthalmologist.

Do not give anything to drink.  Dial 911 if individual doesn’t come to right away.  If not breathing start CPR.

Sign of a fever is anything over 100.4*F (38*C).  To make individuals comfortable, dress in light clothing, give cool liquids, and keep calm. MD’s might recommend fever reducing medication.  Do not use aspirin to treat a child’s fever.  Seek immediate care if there is an undiagnosed seizure associated with the fever or if a fever is associated with being in an extremely hot place or car. 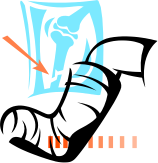 Wrap the area in a towel or soft cloth and make a splint with a rigid material to hold the limb in place or use a brace.  Apply ice or cold compress.  Seek orthopedic care with OSI if non urgent or for emergent care call 911 or go to the ER/Urgency Room/Orthopedic Specialist for further diagnostics.

Don’t move an individual who may have a serious head, neck or back injury.  This may cause further harm.  Call 911 if the individual loses consciousness, persistent headache or vomiting, difficulty being awakened, oozing blood or watery fluid from ears or nose, seizures or abnormal speech or behavior.  ER physicians can assess for concussions and brain bleeds through physical/neurological exams as well as diagnostics testing.  OSI offers concussion management in our clinics for post-concussion symptoms.

In a sitting position tilt the head downward slightly.  Apply firm steady pressure by squeezing nostrils between fingers for 10’.

If the individual is having trouble breathing call 911.  Bring poisonous substance with you to the hospital.  Call the Poison Center immediately for swallowed poisons  at 1-800-222-1222.  For skin exposure, wash skin, eye with large quantities of water and mild soap.  If gas or smoke exposure, get the victim fresh air and when in a safe location call 911 or fire department.  If not breathing, start CPR.

Make sure tetanus immunization is up to date.  Bruises –apply cold compress.  Cuts-wash small cuts and use direct pressure with clean cloth to stop bleeding.  If the wound is gaping, stitches may be needed.  Call for help or 911 if major bleeding is present.  Continue direct pressure with clean cloth until help arrives.  Scrapes should be rinsed and removal of dirt should be attempted with soap and water.  Tweezers can be used to remove small splinters, then wash and apply local antiseptic.  Puncture Wounds such as knife should not be removed.  Seek medical assistance or Call 911.

For stinging insects remove stinger as quickly as possible.  Put a cold compress on the bite to relieve pain.  If the individual is having trouble breathing, extreme swelling or fainting occurs, call 911.  Call MD for hives or vomiting.  For Ticks, use a tweezer and try to grasp as close as possible to the head of the tick and slowly pull the tick away from the point of attachment.  Call MD if a fever, rash or bulls eye appears.