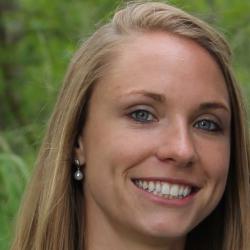 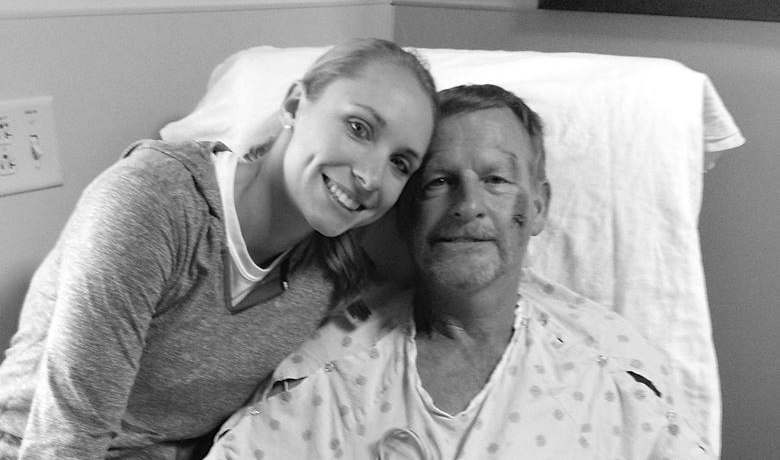 As a certified athletic trainer it was early on in my education that I learned the lifesaving skills of CPR and how to use an AED.  Athletic trainers are often the first to respond to an injury or crisis while working on the sidelines, field or gymnasium.  In some instances however there might not be someone available and trained in emergency care when you need them.  Rather YOU might be the first to respond in a crisis.  It is reported that effective CPR by a bystander can double and sometimes triple the chance of survival by someone who suffers from sudden cardiac arrest.  CPR and AED is a skill that should be learned by everyone and not just limited to those in the medical field.  You never know when you might be able to help save a life.

In the fall of 2014, exactly one week after my dad had walked me down the aisle on my wedding day I received a call that he had collapsed while running a 5k.  My dad had not suffered a heart attack but rather the electrical impulses in his heart had gone out of rhythm causing it to stop beating, he was victim of sudden cardiac arrest.  He was unresponsive, not breathing and didn’t have a pulse.  It wasn’t a physician, nurse, athletic trainer or any other medical personnel that was the first to respond. Rather it was the quick action of fellow runners that saw him collapse and rushed over to help him.  After calling 911 they administered CCR or cardiocerebral resuscitation as recommended by dispatch.  In CCR the rescuer focuses on continuous chest compressions.  It is very similar to CPR with the only difference being that no breaths are given.  While waiting for help, and as the minutes passed the runners did not give up on my dad.  The next to arrive on the scene was a police officer and as fate would have it, he did not have an AED in his squad car that day.  By the time an AED did arrive my dad had undergone roughly 10 minutes of chest compressions by the runners and the police officer, taking turns every 30 compressions.  Once an AED was available, they were able to revive him with one shock.

According to the American Heart Association survival rate of a sudden cardiac arrest is less than 10% if occurring outside of a hospital.  Without the quick action of the runners that administered CCR and their previous knowledge of CPR it is unlikely that my dad would have survived.  It is to their credit and the use of an AED that brought my dad back to life.  You too can be the difference in helping save a life.  Research states that 70% of cardiac arrests happen at home. So if you are in a situation where you need to administer CPR it would more than likely be on someone you know.  Recently many of our OSI Physical Therapy Clinics hosted recertification for staff in CPR/AED. If you are not already trained, please consider getting certified in CPR or take time to watch a few of these one minute videos by the American Heart Association on how to do hands-only CPR.  You never know when your knowledge can be the difference in saving a life.

You can watch videos HERE.

My name is Kaitlin Sonday and I am a certified athletic trainer. My faith and family are of high importance to me. I enjoy staying active by running, biking, playing ultimate frisbee or competing in road races or triathlons. I am and outdoor enthusiast and enjoy fishing, hunting, hiking and camping. Passionate about WI sports, go Packers/Badgers!